Our patients have the most amazing before-and-after transformations. They journeyed from darkness to light, from blindness to sight. When we need inspiration to carry on our work, we remember the stories of these children, women and men. His villagers have never heard of surgery and tried to dissuade him because they were fearful. But he still came, and now he can see and play with his young granddaughter. Gerard lives in the depths of the rainforest. He took a big step of faith to seek help at New Sight, and his sight was restored. Now he encourages potential patients to seek treatment. When Louise’s eyesight failed, she could not work in her plantation anymore. After surgery, she and her twin granddaughters broke into the biggest smiles as they looked forward to returning to normal life. 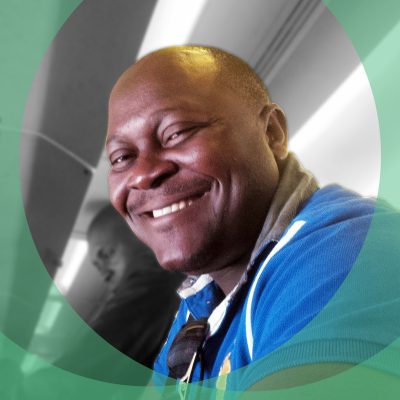 Harneche was searching for a cure for his blindness so he could return to his IT career. He travelled a long way to us and was elated to regain his sight after surgery.

He was a fisherman but lost his livelihood when he went blind. After surgery, the first thing he said when he opened his eyes was, “I can see my hands now!” Words cannot describe the incredible moment when Emilien saw his grandchild for the first time. He was so happy that he talked on our radio show about regaining his sight! He had a good life at a government position, until blindness robbed him of everything. He felt such despair that he wanted to end his life. His wife and New Sight did not give up on him, and he now has the joy of having his sight back! She had vision issues since she was a child, and sought surgical help in other countries but it was too expensive. She prayed and then heard about New Sight. She was overwhelmed with joy when she regained her sight. He and his children struggled when he went blind and they escaped to Congo because of war. There he met Valentine who married him. They found help at New Sight, and he saw her smiling face for the first time!